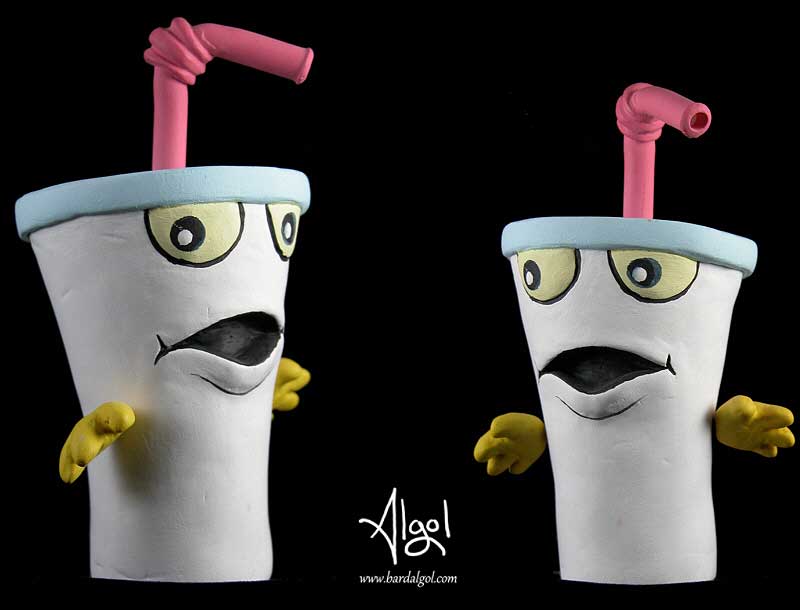 Master Shake is a sleazy, freeloading, conniving, manipulative and abusive… cup. Voiced by Dana Snyder (Squidbillies, Bob’s Burgers, etc) he’s one of the three main characters on Adult Swim’s long running AQUA TEEN HUNGER FORCE. The other two being Frylock, a street wise scientist who’s also a box of fries voiced by rapper Schoolly D and Meatwad, a childlike meatball voiced by Dave Willis. The show gained its widest notoriety when they hired a guerilla marketing ad agency to secretly post flashing light-up signs of the Mooninite characters Ignignokt and Err giving the finger, under the Boston Bridge and other locations. The DIY nature of the devices caused a nationwide terrorism alert, now known as the “2007 Boston Mooninite Panic”.  Quite a way to advertise their movie! https://en.wikipedia.org/wiki/2007_Boston_Mooninite_panic
This Master Shake figure was sculpted in polymer clay with articulated hands and straw made of styrene and Aves Apoxie.