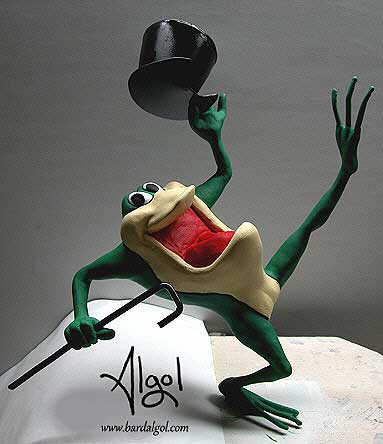 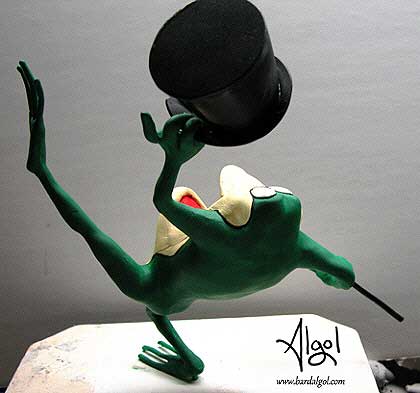 Michigan J. Frog was an old Warner Brothers cartoon character who first appeared one day in a construction workers lunchbox. Every time he’d open the box, the frog would jump out and sing the “Hello My Baby” ragtime song by Howard and Emerson while flipping a top hat and swinging a cane. But whenever the worker would show his magical singing frog to his mates it would just sit there looking bored. Many decades later Michigan J. Frog became the station mascot for the WB Televison Network.