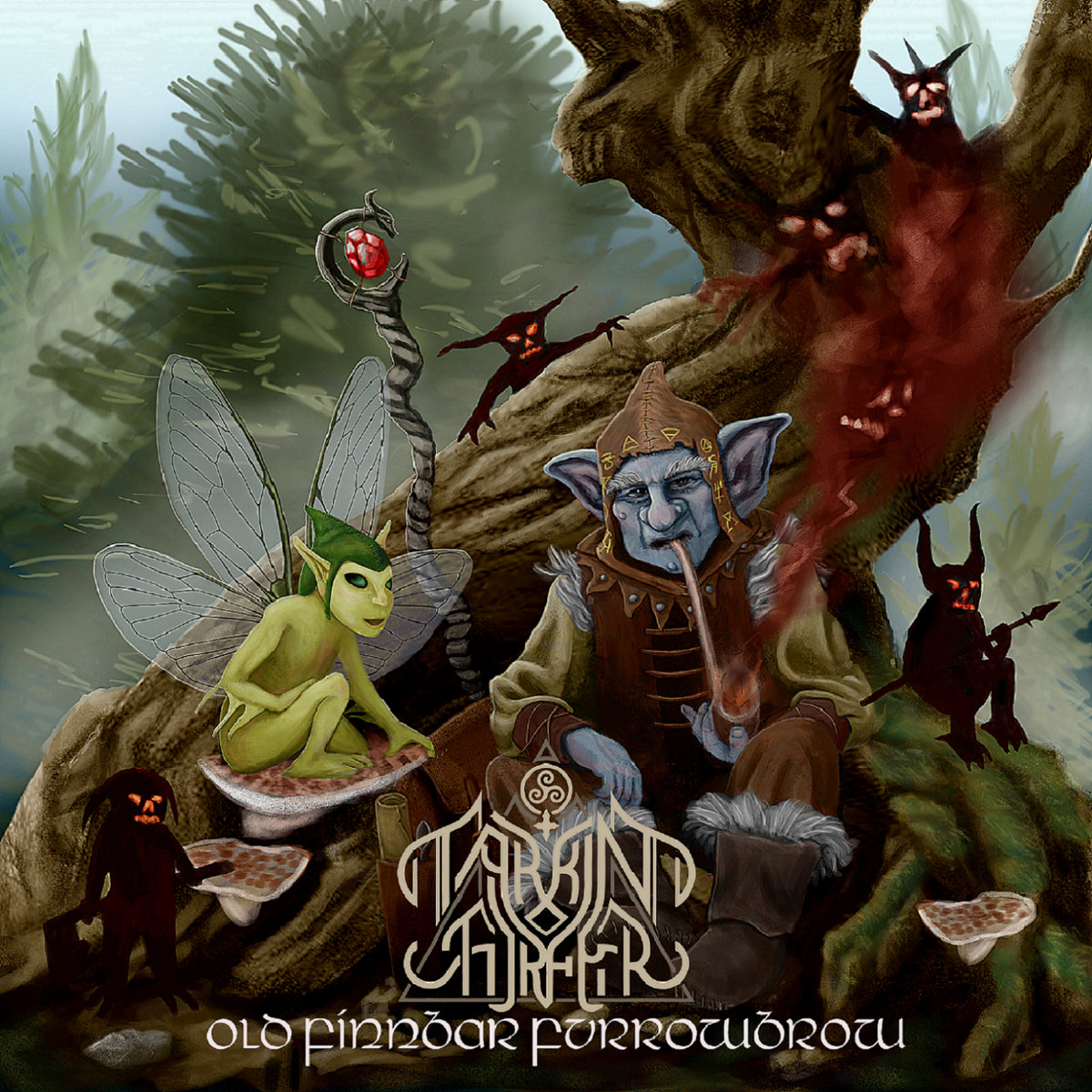 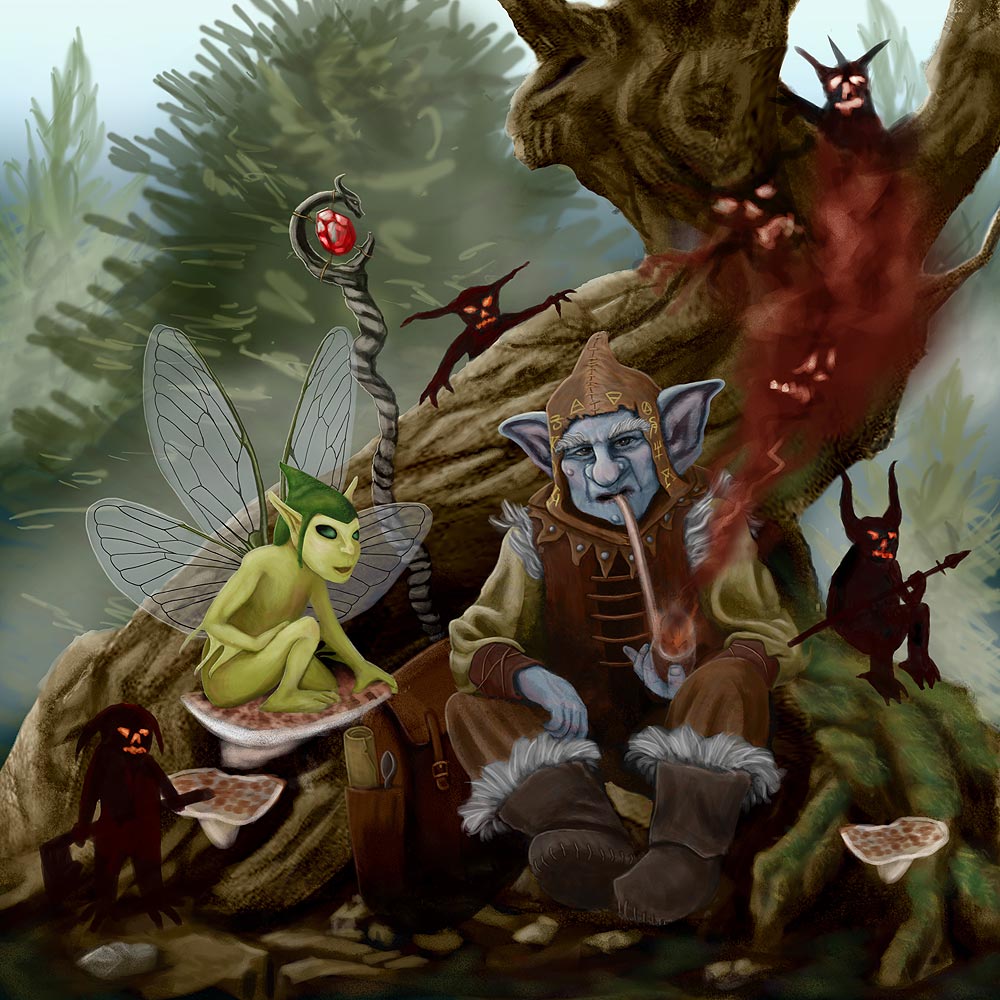 This is the cover art I created for Australian dungeon synth musician TARKIN TURFER’s album “Old Finnbar Furrowbrow”. You can listen and download the album here: https://tarkinturfer.bandcamp.com/album/old-finnbar-furrowbrow The album is based on the adventure tales of the title character Old Finnbar who’s a world traveling member of the Svirfneblin or Deep Gnomes, an obscure race from the Dungeon & Dragons roleplaying universe. This was an extremely fun project to do, total fantasy & right up my alley!

Old Finnbar has a fae familiar named Poleowanedar who I’ve chosen to represent here as an insectoid fairy with the eyes and wings of a Cicada wearing a felt hat and not much else – why the hat? Who knows! He’s perched on one of the so called Dryad’s Saddle mushrooms (Polyporus squamosus) which are growing from the base of the tree.

With the staff of the underworld Old Finnbar tames the shadow spirits who as you see here are summoned when he puffs on his pipe where they coalesce from the magical reddish smoke. They are shadow spirits and they absorb the light which is emitted though their facial features.