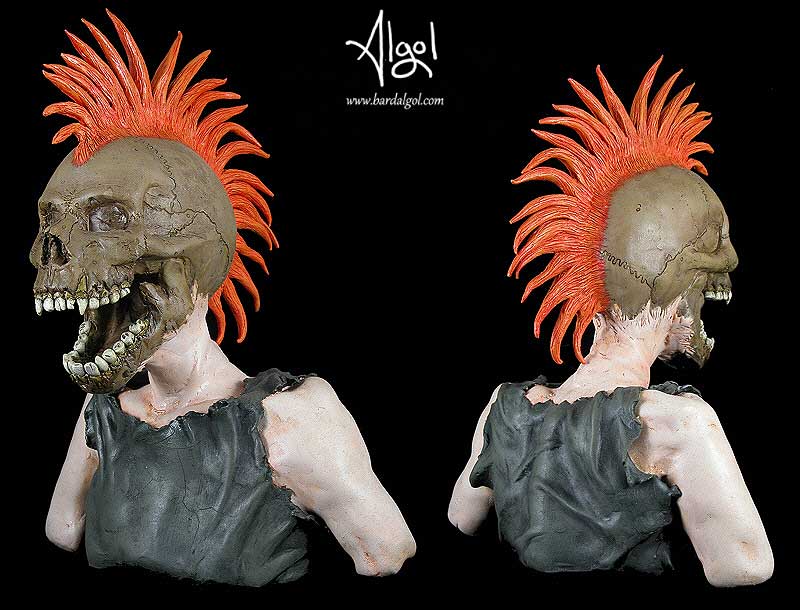 THE EXPLOITED are a classic UK punk band from the 1980s that’s still active today. This bust statue is based on the cover art from the album “Let’s Start A War… Said Maggie One Day”. The original album artwork was done by Pushead and despite the iconic status of the album cover he is still today uncredited for the work. Pushead is most widely known for his skull illustrations for Metallica’s T-shirts in the 1980s and the Zorlac Skateboard company as well as many underground acts. Pushead also had an excellent hardcore band of his own called SEPTIC DEATH. This bust statue was sculpted entirely in polymer clay.